In the south transept, over the door leading to the sacristy, is a window of two lights representing Old Testament sacrifice, and the Mass, the sacrifice of the New Testament. On the right is Aaron, High Priest of the Old Law; to the left St. Peter, in bishop’s vestments and wearing the triple crown of the Popes. A Jewish priest offering sacrifices is contrasted with a Christian priest offering Mass.

Against the south wall of this transept is an altar and statue of St. Philip Neri under a lofty and delicate canopy. Together with the windows it accentuates the height of the cathedral which, both within and without, is its most remarkable quality. As mentioned earlier, Duke Henry had a particular devotion to this saint to whom the Cathedral was originally dedicated. The stained glass windows above the altar and statue depict scenes from the life of Philip Neri. The subjects, reading upwards from the lower left-hand corner are as follows:

The wheel window above represents the twelve fruits of the Holy Spirit.

The stone plaque on the west wall of this transept, commemorates the Right Reverend David Cashman, first Bishop of Arundel and Brighton, and bears his arms: ‘Azure, a tower argent, masoned sable, charged with a cross paty gules. In chief a billet or between two cross-crosslets fichée argent. The shield is set a couché in the medieval manner’. The plaque was designed by Malcolm Lawson-Paul. The latter also designed the holy water stoop in this area, installed in 1992 in memory of a former curate’s family. The stone carver was Kenneth Child. Above the door to the right of St. Philip Neri altar is a window of Founders of the great religious orders. Reading from the lower left-hand corner they are: 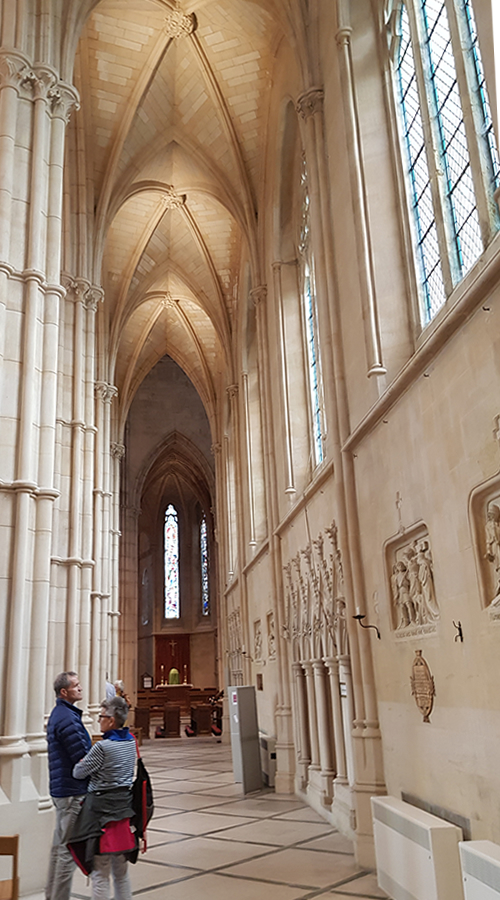 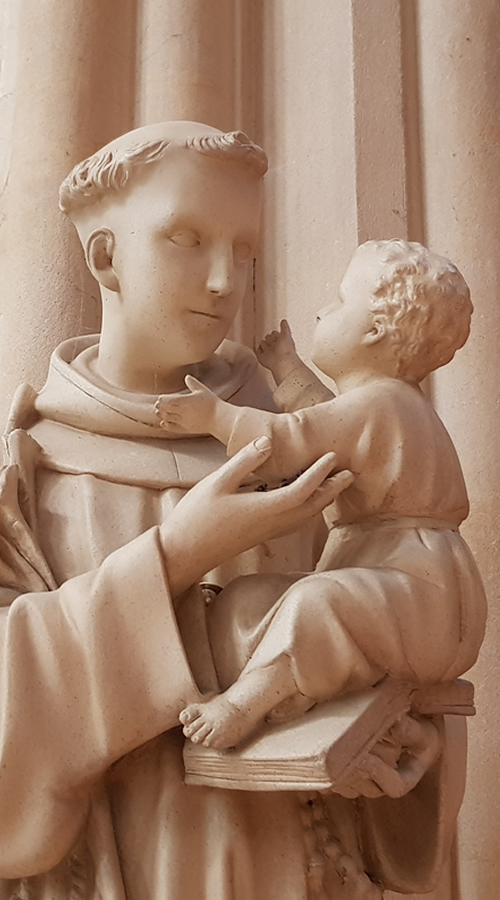